My adventure revolved around the group trying to retrieve an Elven Crown that has been taken/stolen by the Dark Elves. The characters immediately created their own back story where the human rogue had hired the Dark Elf and the Mountain Troll to help him get the crown.

Having the Dark Elf in the group who had the Talent of 'Dark Elf Lore' (or whatever Kopfy called), allowed the character to draw upon his knowledge regarding traditional Dark Elf temples and so forth. As far as teh group could tell, there was only one way into the huge gothic structure in front of them, through the main doors. A successful check later against the Dark Elf Lore talent, he did recall that these places usually have a hidden access tunnel for supplies, servants, and others such things.

If you ever watched the Ghost Hunters/Ghost Adventurers shows, my inspiration for this was the 'death tunnel' at the Waverly Hills Sanitorium. 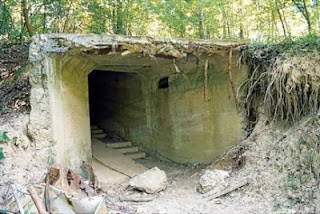 After leading the group to the periphery, they did indeed find this tunnel. It was locked with metal gate. The Mountain Troll wasted no time with his 102 STR ripping the entire door off its hinges and casually tossing it aside like a toy. The Dark Elf led the way into the dark tunnel. 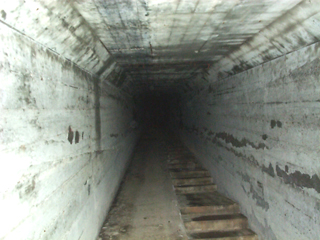 I must say this group got along great and really played off eachother. The Human Rogue was the weakest character in the lot, but played a very boisterous, money bags employer. A few times, he would remind the Troll and the Dark Elf that he was paying them good money for this and they needed to do this or that. He also sounded alot like Seth Rogan, which was kind of cool too. The Mountain Troll played the dutiful retainer, happy to not have to think too much and just crack skulls when he was asked to. The Dark Elf also leapt right in with his character, picking two ice picks as his weapons because it made sense for his character. He also utilized the talents Kopfy assigned to him very well, both the Dark Elf Lore and the Shadow-walk type of talent, basically sneaking in the shadows type of thing.

On the way down the pitch black tunnel, the group noticed a pair of glowing orbs turning a corner and steadily moving towards them. The Dark Elf immediately went into a defensive posture and made a spectacular saving roll to jump up and prop himself in the corner of the ceiling ninja style. The others did their best to crouch down or attempt to set up some form of ambush. The glowing orbs came closer and closer and when they eventually came within in range to where the group could discern what it was, they saw it was the Kremm glowing eyes of a zombie.

Another successful Dark Lore roll and it was recalled that Dark Elf Priests like to create and 'program' zombies to do mundane tasks and they will normally not be aggressive unless given a direct order by their creator, or attacked directly.

The Dark Elf jumped down after realizing what it was and told the troll to leave it be. Sure enough, the zombie sauntered on by with a sack of garbage over its shoulder, slowly walking towards the exit of the tunnel. Covering the rest of the length of the tunnel, it ended in a open room filled with smoked meats, hanging meats, vegetables, freshly baked breads, and barrels of ale. There was also a nice stash of wine. After partaking in a quick feast, the group noticed some sounds of clanking dishes past the doorway at the top of the stairwell in the cellar room.

The Dark Elf climbed the stairs and cracked open the door. In a kitchen were about 10 Ratlings busilly working/cleaning in the kitchen; washing dishes and so forth. All of them were wearing worn but nice tunics and each had a dirk strapped to their belts. After reporting this to the Troll and the Human, it was decided the Troll would lead the way with a frontal assault. The Ratlings did not know what hit them.

The first five in range of the Troll tried to put up a fight, but once the Troll pulled himself through the doorway, the melee was over before it started. Ratlings were grabbed and smacked together, back handed, and spliced by a very strong Mountain Troll wielding a crowbar. After the first round, 5 ratlings lay dead, but a dirk was just barely sticking in the side of troll, jiggling a bit until the troll pulled it out and dropped it to the floor (1 Spite Damage).

One of the remaining 5 ratlings ran for the door on the other side of the room while the Troll bashed and spliced again. This time 2 tiny dirks were left sticking out of his hide (2 Spite Damage). The Dark Elf nocked an arrow and let fire, dropping the running ratling to the ground. During the carnage, from the safety of the cellar doorway, the Human played an inspiring ratling slaying song on his lute.

The ratling hit by the arrow was not quite dead.

"Well, if you want to live, you are gonna show us where the crown is", said the Human.

"I knowsss...Skizzo knowsss where it is. It is down the path it is!"

"You work for me now Skizzo. Do as I say, and you will be treated well."

Meanwhile, a new figure appeared in the access tunnel. A Forest Troll was chasing down some goat somewhere else, now this is where he found himself. He followed the strange music and his nose to the sweet smells of the meat and bread in the cellar. Grabbing a leg of something in one hand, and a loaf of bread in the other, he climbed the stairs and entered the kitchen.

When asked why he was there, he said he did not know. When asked if he wanted to help them get the Elven Crown and the Human would pay him handsomely, he accepted.


~ Next: Part 3 - Desecrations, Lacerations, and the End of the World
Posted by Jerrytel at 4:50 PM