I have been working on getting the solo portion of what was supposed to be included in MM1 completed, and I remembered my original idea over a year ago when I first started thinking about self-publishing.

T&T seems to have a small but loyal group of supporters, and even that group is split by those that are primarily looking for solo adventure material and those that lean more to the GM side of things. DC01 will feature both a solo adventure as well as information needed to more easily run as a GM adventure. Ken St. Andre did something similar with his Rose of Stormgaard novel as well as the Saving Fang adventure written for 1E resulting from the Kickstarter.

I am sure others have done this as well...but something I have wanted to do for some time now. 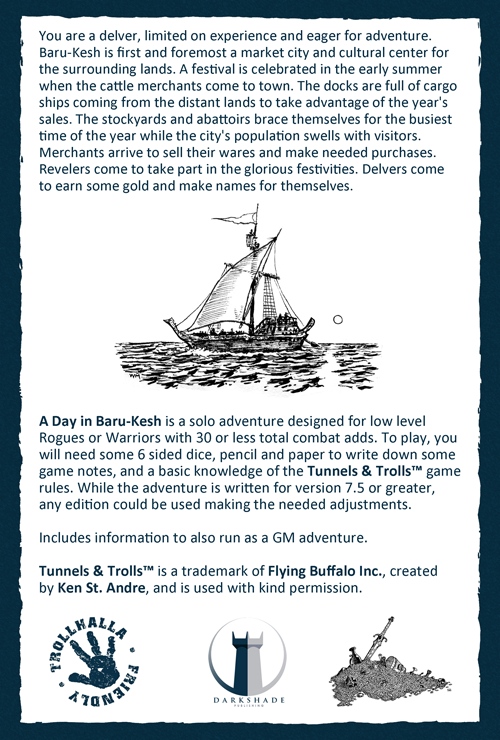 There have been a few reviews of Meandering Monsters Volume 1, and thanks to both Kopfy and Robin for doing so.

Robin referred my use of a 'triggered disadvantage', what I have labeled as a 'Special Hindrance', and I thought it would be good to show everyone what I now use as my default monster statistics grid thingy, for lack of a better word.

Below is a page from Meandering Monsters that lists out the definitions or descriptions for the statistics that I include for each monster. I personally like the idea of a monster having both positive and negative aspects that can be fleshed out and triggered in game play. I also added what I call an 'Alpha' version of the monster, influenced by the old AD&D manuals where a war chief or shaman would have slightly different stats displayed.

To be clear, I think T&T is a game that should always involve tweaking (and twirking?) of the stats to best meet the GM's needs. At the same time, I like the idea of a minimum value if you will. A goblin is normally just a goblin, just like most humans would normally just be citizens with very limited abilities.While I will always increase the stats for goblin leaders and goblin heroes to present a challenge, the base gobbo should still be just a base gobbo, not increased to a higher level just because the party you are running is of higher power/level. 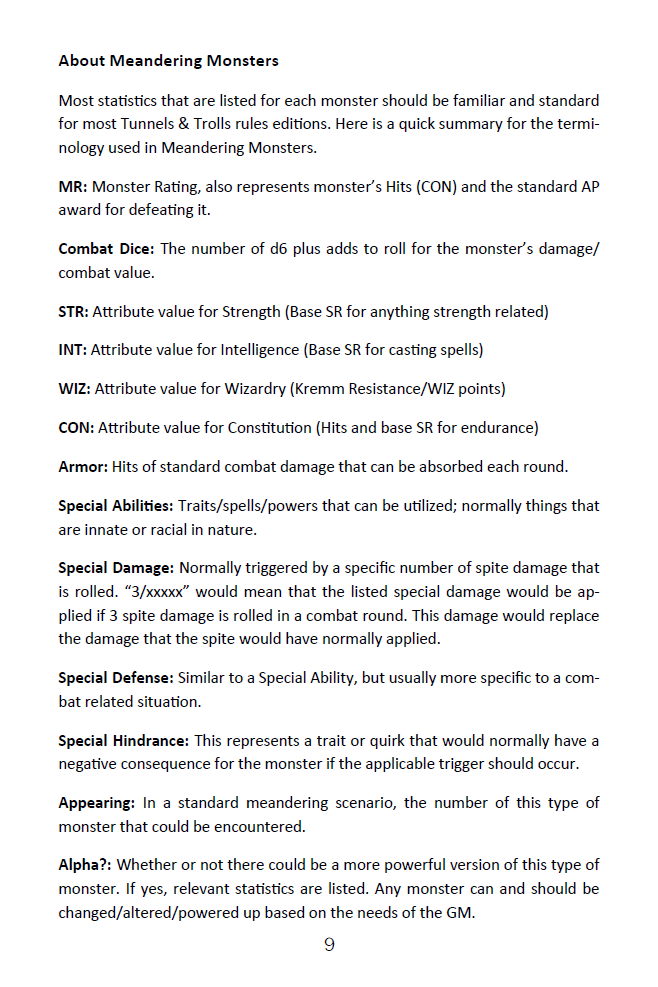 This was removed from MMv1 because it was holding me up a bit. I am hoping to get this out before August, but with some momentum, it could see the light in June.

No promises, but I have some hope... 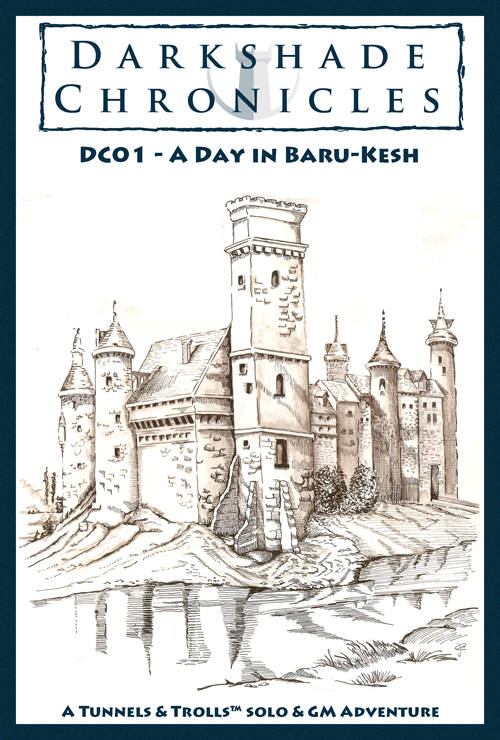 The PDF for Meandering Monsters now ready to go...

Please let me know what you all think.

Posted by Jerrytel at 2:10 PM No comments: