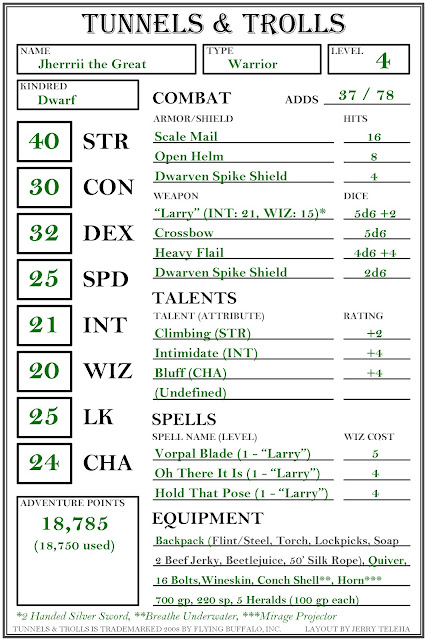 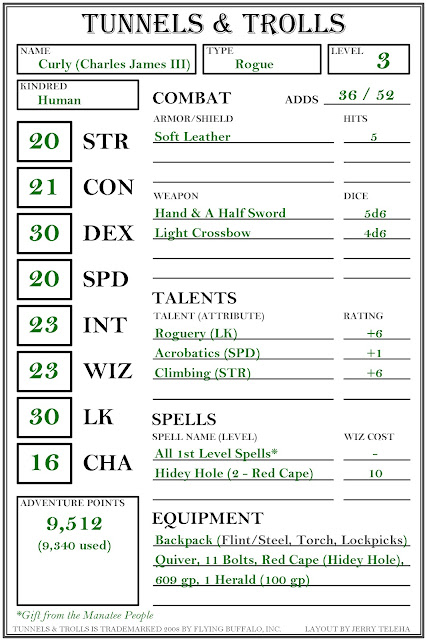 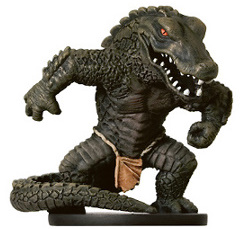 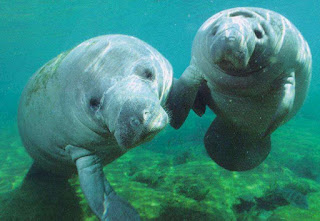 
"A Journey Through a Strange Vale"
January 6, 2012 - InConTroll, Indianapolis, IN

Taken directly from Kopfy's account on his blog: "A Journey Through a Strange Valley" was combining bits of earlier adventure "The Bubble Pits" and though I had a Tunnel-Hack matrix (extensive random terrain and encounter tables) worked out, I was exploring as much as the players were. We, both the players and myself, never get did get to any real meat, though I was definitely having fun with my trademark side-dishes gravity factored into "tunnel delving" and marking getting there a battle all of its own. JerryTel, having been eating gravity-salad for three years now, decided it was time for his dwarf Warrior, Jerry the Great nee Good, to take up "snow-shielding," a variation of snow boarding but without the visibility and a lot of physical damage."

So basically - when confronted with a deep snowy slope that most of the party was hesitant to deal with, I jumped on my shield and decided to test fate, riding down the hill at break-neck speed hoping not to break my neck...somehow I survived, which I believe was more due to the fact that Kopfy did not feel like killing me that way - or maybe he wants to kill the great one with some crazy trap of his design, not my suicidal trip down a snow covered hill on my shield.

With Peryton's female mage and Trevor's Troll, we are hired by some adventuring company to find a pyramid in the desert. Since it is illegal for us to take anything from the pyramid, I believe we were just supposed to find it and report back to the company its contents and location. My memory is fuzzy, but we were guided by a not-so-intelligent goblin who was very easy to trick into taking less money for his services. He took us as far as his village, but then I think we offered him more money to continue on with him in the desert, or was it less money? Can only remember that we were taking advantage of the little guy. We ran into a Sphinx, followed by a Blow you Too spell...then we found the upside down pyramid.

Jherrrii the Great, Nay Good, was then coerced into using his climbing abilities to be lowered down passage ways that would be hallways if the darned pyramid was right side up. At one point, I was hanging upside down and getting blasted with some acid - still have not fixed that armor.

"On a rope in an upside down pyramid, sprayed with acid, armor damaged, rope is fraying, can see, but cannot breath, 225 yard fall to certain death"

We eventually found the main treasure room that was of course trapped in some sinister way I cannot remember and I think we ended up getting the darn pyramid flipped over.

A tunnel crawl that I remember having many traps and weird layouts including a door that was only accessible by using a ladder that was going down at an inverse 45 degrees...the first adventure of Jherrrii the Great. The paragon character I had made the year before for 2009's adventure 'The Loop' was misplaced.

This time, I knew not to mess with 'Big Burp', I happily surrendered my weapons and saddled up to the bar and spent 5gp on a bottle of wine. I get bumped into by an Urukin, who threatens me - I pull my dagger and quickly gut him. A quick search nets a parchment rolled up and tied with a red ribbon. I quickly leave the bar to look at the parchment in private - this has the map to the second part of the adventure.

The map leads to a rugged cliff path and up to a cave mouth. Right away, I know that I am in trouble if I stick around - some large monster is casting its shadow and flexing its muscles - I am able to rush past it into a side passage, but I know this is something I will not be wanting to fight. I soon run into a large group of screaming cannibals and fight my way through them with no real problem. They leave behind a golden statue of a hideous serpent worth 450 gp which I snatch up. I soon come upon a pool that seems to be a way out, which I am glad to take, swimming out and away from this death trap.

Almost got my head popped off by the bouncer-troll when I initially refused to give up my weapons. Ordered and drank from a 5GP bottle of wine. I then turned down an offer to join some cult, survived a bar fight, and escaped with a magical eye patch...including saving rolls, picked up 616 AP and netted a few silver pieces. The gold I found was negated by the bottle of wine I purchased.


Treasure:
Magic Leather Eyepatch: if worn during the day, can be taken off at night granting 'Catseyes'
13 SP